Some thoughts and takes on the new, newish, soon-to-be and already-departed restaurants of Columbia.

I’ll cop to being enormously skeptical of a sit-down, table service restaurant being necessary (or even a good idea) within a grocery store. I mean, are you really going to think “I don’t want to cook tonight – let’s go to HyVee?” Still, I’ve have plenty of slices of Lucky’s pizza while sipping a beer and shopping (“hey kids why don’t you play mahjong for a while?”). Still, HyVee.

But my first visit was as impressive as I was skeptical. I ordered what turned out to be an absolutely rocking Monte Cristo Club sandwich. The thing was gargantuan and probably inadvisable for lunch (shirt stains inevitable) but damn was it good. Loads of turkey and ham, just the right amount of bacon and tomato…and the bread? I swear the bread was great too, even if I discarded the middle slice to focus on the other, less carb-tastic components. And yes, the fries were really solid as well. Count me among the converted – for now.

My second visit, not so much. First came a strawberry, pecan and spinach salad I can’t tell you much about because it was swamped by at least double the appropriate amount of dressing. Then an immensely sad trio of “blackened shrimp tacos” appeared. Tame beyond measure, they arrived on cold, doughy flour tortillas. And while the salsa packed a little punch and the few shrimp that were present were legit tasty, the overall takeaway was one of being let down. One taco had literally one half of one shrimp in it. Disappointing.

So too a $19 bowl of ravioli straight from their own freezer section swimming a pool of “vodka marinara sauce,” just recently liberated from a jar in aisle three. There was nothing much wrong with the dish if you’d been scrambling at home on Wednesday night and thrown it together on your own. But for $19 I think we can expect a little more than someone opening a bag of frozen ravioli and a jar of canned sauce (and no, the little bread/pretzel thing on the side doesn’t do it.

On the flip side, the “rolls” they bring out are like fresh, honey-covered doughnuts. Sweeter than I’d prefer but I bet they develop a cult following. And next time I’m getting the club. 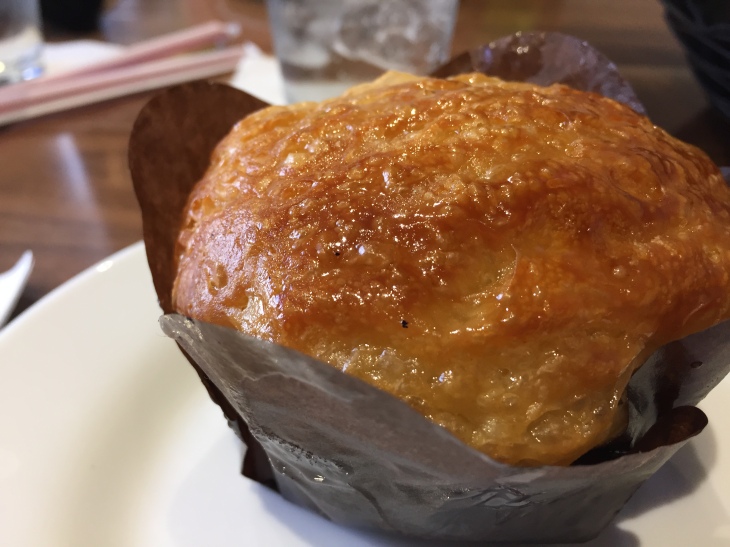 I’ve been twice and tried just about everything on the menu at the new and ambitious FlyOver, Adam Wells-Morgan and Dan Dethrow’s new small-plates spot on Green Meadows. I can’t quite put my finger on it yet, but I haven’t loved it. Nothing’s been bad but very little has truly stood out. It looks gorgeous inside and I wish them all the best but I’ve tried nearly their entire menu and the fried cauliflower has been the the best dish both times – that’s concerning. Looking forward to them getting things dialed in – they have the talent and experience to make FlyOver one of the best restaurants in town.

When I was working in Jefferson City Love Sushi was a regular on my lunch rotation. They always surprised me with the quality of their fish. It was – and is, if my visit Wednesday is any indication – the best sushi spot in mid-Missouri. Yes, it’s better than Kampai, Osaka, etc. Which is why I’m so pumped about them opening a new spot in the Crossroads shopping center on West Broadway. Our neglected restaurant scene on this side of town needs a few more options. If Love Sushi can replicate their product in Jeff City, they’ll be well on their way to helping fill the west Columbia food gap. My server at the JC location told me Wednesday that they’re thinking of a “late December” opening in Columbia. 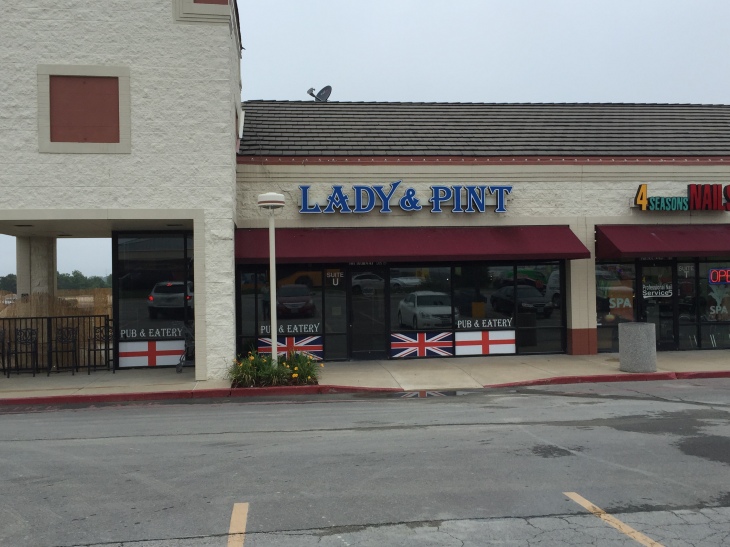 An actively suicidal location and inconsistent food doomed this place from the start. I enjoyed the Shepherd’s Pie a couple of times and they regularly had the soccers on tv but I have no idea what they were thinking. At all.